The history of Israel is important as it is intimately entangled with a history of the need for self-protection. The oldest evidence of early humans in modern Israel, about 1.5 million years ago, is near the Sea of Galilee. Other Paleolithic sites include caves Tabun, Qesem and Manot. The oldest fossils of modern humans outside Africa are the Skhul and Qafzeh hominins, who lived in the area that is now northern Israel 120,000 years ago. Around the 10th millennium BCE, the Natufian culture existed in the area.

The Jewish people trace their origin to the first monotheist. Abraham who lived in the Land of Canaan – later known as Israel. The name Israel comes from the name given to Jacob (Abraham’s grandson) whose 12 sons became the leaders of the 12 tribes of the Jewish nation. One of the tribes, Judah is the origin of the term Jew (starting in the Iron age). The organized nation of Israel began about 1300 BCE (Late Bronze age – 1550-1200 BCE) after an exodus from Egypt under Moses. Correspondent Charles Krauthammer wrote (1998):  "Israel… is the only nation on earth that inhabits the same land, bears the same name, speaks the same language, and worships the same God that it did 3,000 years ago.”

From 1250 BCE for almost 700 years, Israel was ruled by Jewish leaders such as King David – who made Jerusalem the Capital and his son King Solomon – who built the famous Temple. From about 720 BCE the region was invaded by a succession of superpower empires beginning with the Neo-Assyrian Empire, followed by the Babylonian (modern day Iraq) army, Persian, Greek Hellenistic, Roman, Byzantine, Islamic, Christian crusaders, Ottoman, and finally the British Empire. On May 14, 1948 under the leadership of David Ben-Gurion, the modern State of Israel reclaimed their ancient independence with the departure of the British forces. The following day armies of five Arab countries, Egypt, Syria, Transjordan, Lebanon, and Iraq, invaded Israel – beginning the War of Independence. Five full scale wars have been waged against Israel.

Israel (יִשְׂרָאֵל) is a country in Western Asia, on the southeastern shore of the Mediterranean Sea and the northern shore of the Red Sea. Land borders include Lebanon to the north, Syria to the northeast, Jordan on the east, Palestinian territories of the West Bank and Gaza Strip to the east and west, respectively, and Egypt to the southwest. There are geographically diverse features within its relatively small area (8,522 sq mi). Israel runs about 290 miles north to south and at its widest point is about 85 miles wide. While the capital of Israel is Jerusalem, the Economic and technological center is Tel Aviv. Geography varies from the Negev desert in the south, to the fertile inland Jezreel Valley, to the Galilean mountains, and the Mediterranean coastal planes. The Jordan River runs along the Jordan Rift Valley (part of the Great Rift Valley – fissure in the Earth’s crust) from Mount Hermon in the north (where you can find snow), through the Hulah Valley and the Sea of Galilee to the lowest point on Earth – the Dead Sea. Continuing south one finds the Arabah, ending with the Gulf of Eilat, part of the Red Sea where the sea life, coral and snorkel/scuba diving is amazing. Beautiful beaches and now fertile farmland

Multiparty republic. Israel is a Democratic state; a liberal democracy with a parliamentary system, proportional representation and universal suffrage. This means that Israeli Arabs not only have full voting rights, they can and do get elected to the Israeli Parliament. While there is a President (Reuven Rivlin), the Prime Minister, Benjamin Netanyahu is the head of government and the Knesset is the legislature.

Israel's population is approximately 9,030,540. 74.2% are Jews, 20.9% Arabs, and non-Arab Christians and people with no religion listed = 4.8%. Increasing numbers of migrant workers from Romania, Thailand, China, Africa, and South America are settling in Israel.

While Israel was established as a homeland for the Jewish people, the Jews represent diverse backgrounds with about 50% coming from the former Soviet Union and Western Europe (Ashkenazi) and the rest from Arab and Muslim countries and the descendants (Sephardic).

About ¾ of Israeli Jews are born in Israel, 16% come from Europe and the Americas and 7% come from Asia and Africa (including Arab countries).

For more information and facts about Israel, visit the Ministry of Tourism’s Go Israel website. 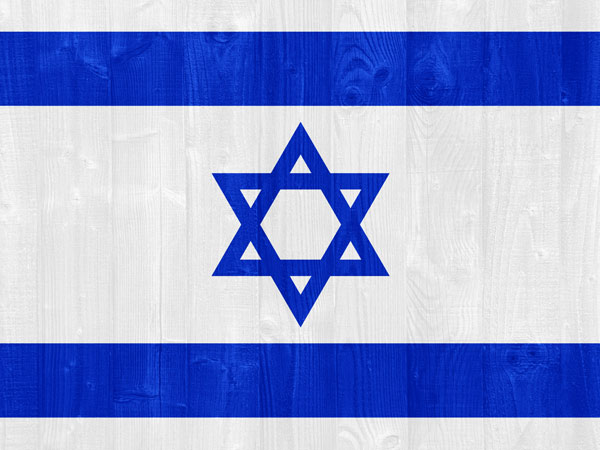